In this solo cooking adventure, Kate recalls with fondness her days of eating buffalo wings and attempts to recapture that feeling in vegetarian form. 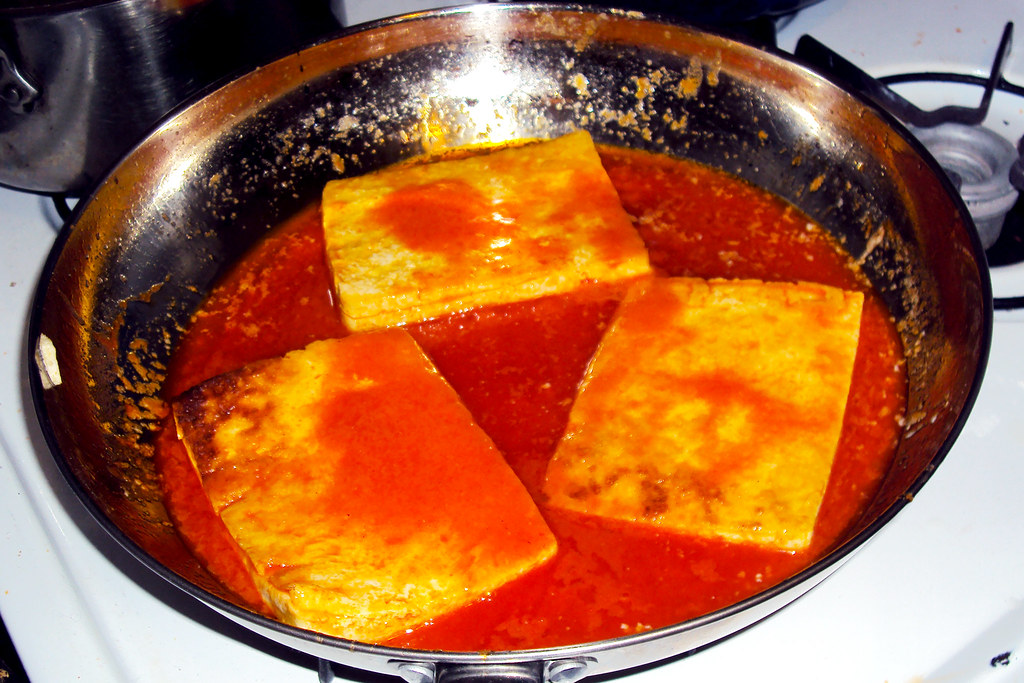 For a self-proclaimed foodie, I have very lowbrow tastes sometimes. Take for example, chicken wings. I had never had a single wing until I graduated college, if you can believe it. And then one day, life as I knew it, changed in an instant. I still remember that fateful afternoon. I was sitting in Collin’s Bar in midtown (RIP) and they put out their Sunday vat of wings for regulars. At the moment I was more interested in my beer and conversation (read: flirting), and didn’t give them a second look. A friend came back with a plateful and urged me to try. I turned up my nose.  My friend insisted. I gave in. I dipped the greasy little orange thing into the chunky blue cheese sauce, put the wing to my mouth, bit in and . . .  I was a goner. Or, my date was. These miraculous pieces of goodness were far more interesting than he was, and I was forever hooked.

10 cent wing night at Croxley’s in the East Village, wings at Bonnie’s Grill in Park Slope. Wings from special wings places, wings from crappy bar kitchens– I ate them all. I spent about three years making up for lost time.

That is, until I stopped eating meat.

When I gave up chicken, I didn’t realize how much I would miss wings. But miss them I did, and each attempt to find a vegetarian substitute left me somewhere between horribly disappointed and gagging they were so bad.

There’s a longstanding vegetarian joint in the East village with faux wings. I dragged a friend there a few weeks into my vegetarianism for these “amazing” substitutes I had read so much about. As soon as they hit the table I knew I was in trouble. Human hope prevailed though and I dug in.  I dipped the soft soy nugget into the milky-looking sauce and popped it into my mouth. It was all I could do to not spit it back out. The nugget’s texture was disgusting, brown in color and gummy in texture, and there was nothing suggesting buffalo sauce to coat it. The “blue cheese sauce” was even worse. Flavorless and chalky in texture. I was deflated.

Ever since then, and after each failed attempt to find a decent substitute for my beloved wings, I have been planning, plotting, creating in my head. After three years of thinking, a little inspiration from Eating Well Magazine’s barbeque tofu sandwiches, my idea came to fruition.

The problem with many of these vegetarian wings, I reasoned, was that they were also vegan. And while I’m ethically all for that, and intend to become vegan myself someday, buffalo sauce is not buffalo sauce without butter. And blue cheese sauce is not blue cheese without, well, cheese. The texture of chicken can not be replicated, but the things that make the wings so damn tasty (the spice, the richness of sauce, the chunky blue cheese), absolutely can.

I used my idea in the context of sandwiches, which was exciting for a carb lover like me. What if I fried up some tofu to get a nice firm texture, then doused it in buffalo sauce, put it on a fresh soft white bun spread liberally with a chunky blue cheese sauce made from high quality blue cheese and a little bit of sour cream (essentially a thicker version of the dipping sauce)? Add on some shaved carrots and celery and there was a deconstructed vegetarian wing sandwich. 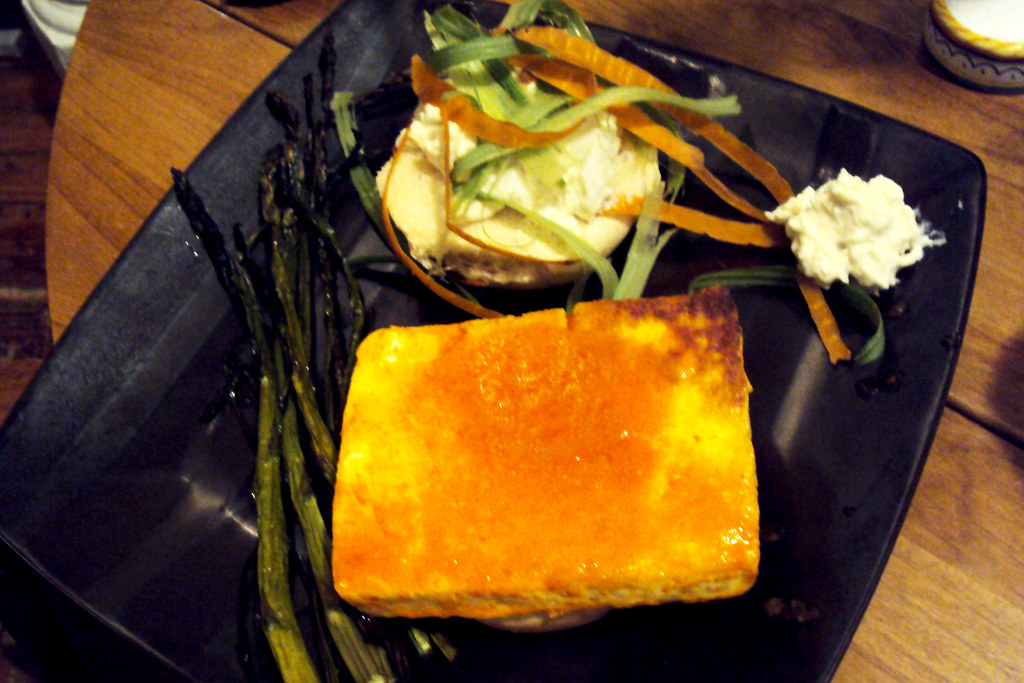 I tried it out on BF and my vegetarian occasionally lowbrow foodie friend last weekend and . . .  it was a hit! I put both the leftover buffalo sauce and the chunky blue cheese spread in bowls in the center of the table and we took turns passing it around and slathering more on our sammies. BF and Jill (who has been deprived of wings much longer than myself), chowed down happily.

Halfway though dinner I put down my sandwich and made each of them high five me. BF looked shocked at my arrogance, but I didn’t care. I had done something very important. I had created the thing that I had been craving for three years now, a satisfying vegetarian alternative to wings. And with the bun in the mix, it was almost better than the original. I say almost, because may be vegetarian but I’m not crazy.