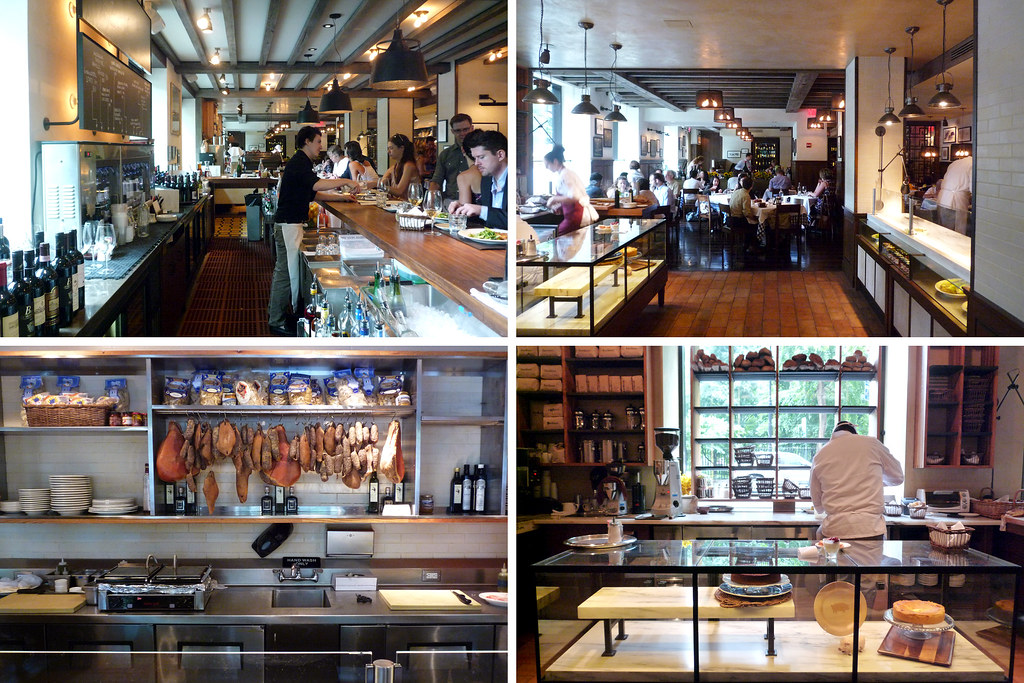 It was only a little over a month ago that I visited Maialino during Restaurant Week for their prix fixe lunch. So what brings me back so soon? Well, another prix fixe meal, of course! I read on The Feisty Foodie about a breakfast special from The Tasting Table – a pastry, a main dish, a side, and coffee for only $21. If you look at the regular prices of each item being made available on the prix fixe menu, you’ll see that it’s quite the steal. Moments after reading Yvo’s review, I quickly made my reservation for later that week. 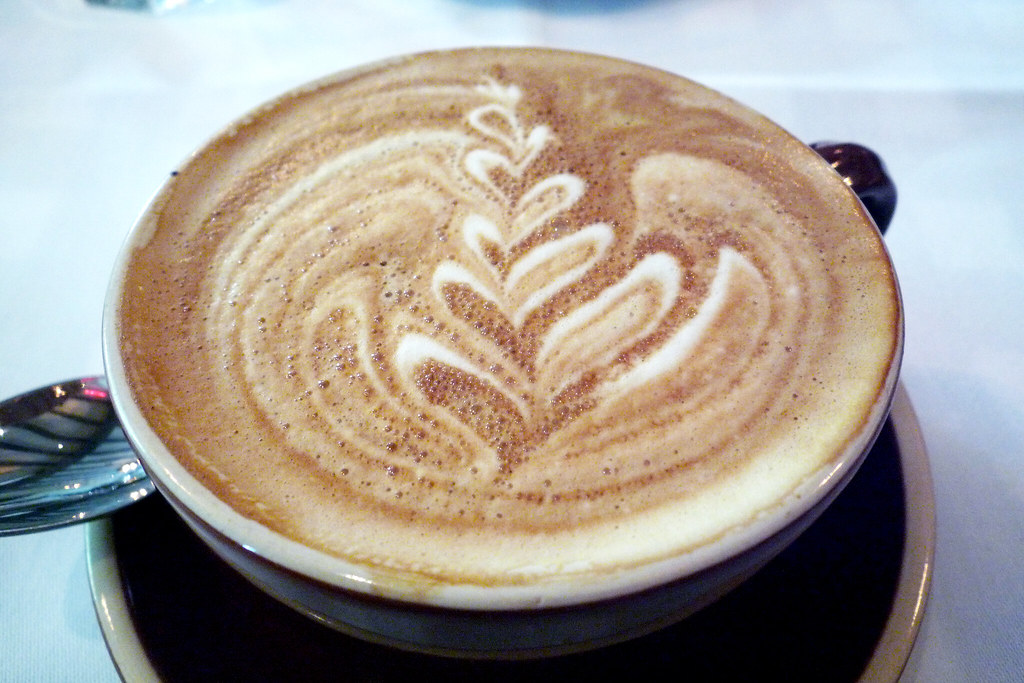 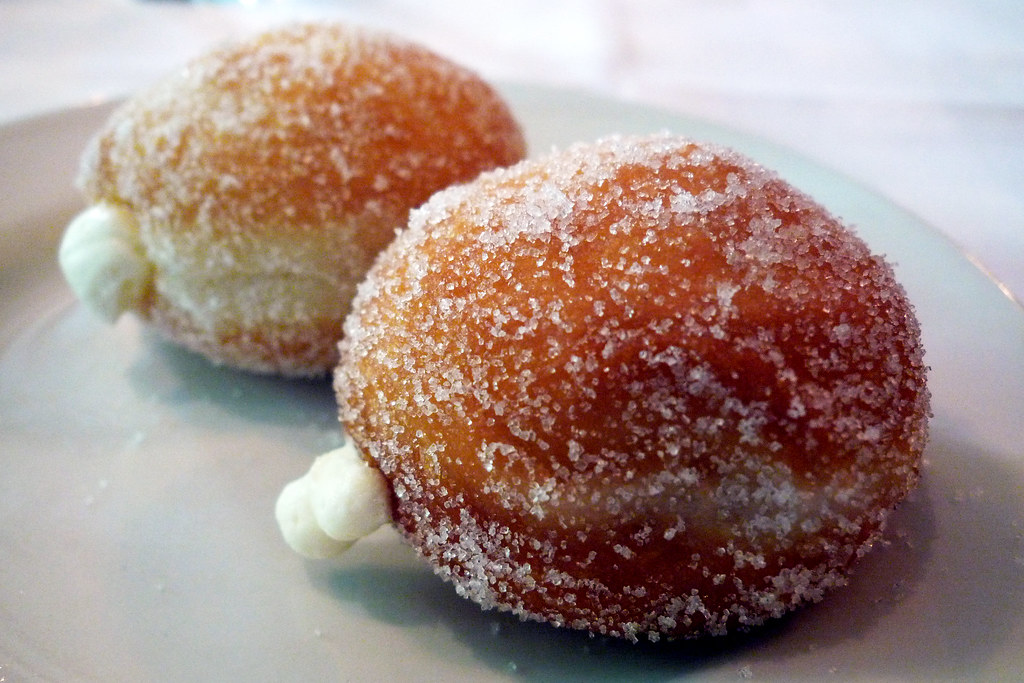 To start the meal off, I went with a classic – coffee and doughnuts. I had the latte, which as you can see, has a lovely artistic flourish in the foam. I won’t pretend that I know coffee like I know beer but I can say that it was a well made latte. Strong and creamy which went really nice with my choice of pasticcini (pastry), the Bomboloni con Crema, which is a fancy way of saying doughnuts with a cream filling. The bomboloni are fried to a light, airy, and crisp perfection while the cream filling, while sparse, was heavenly. It’s also rolled around in sugar, just in case this didn’t sound good enough. 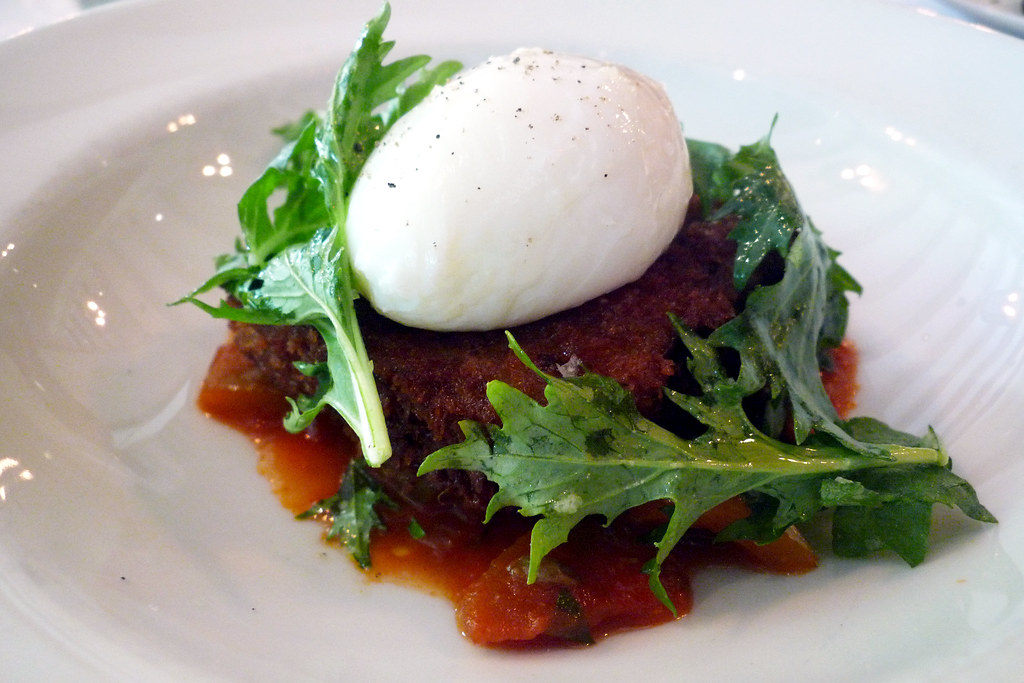 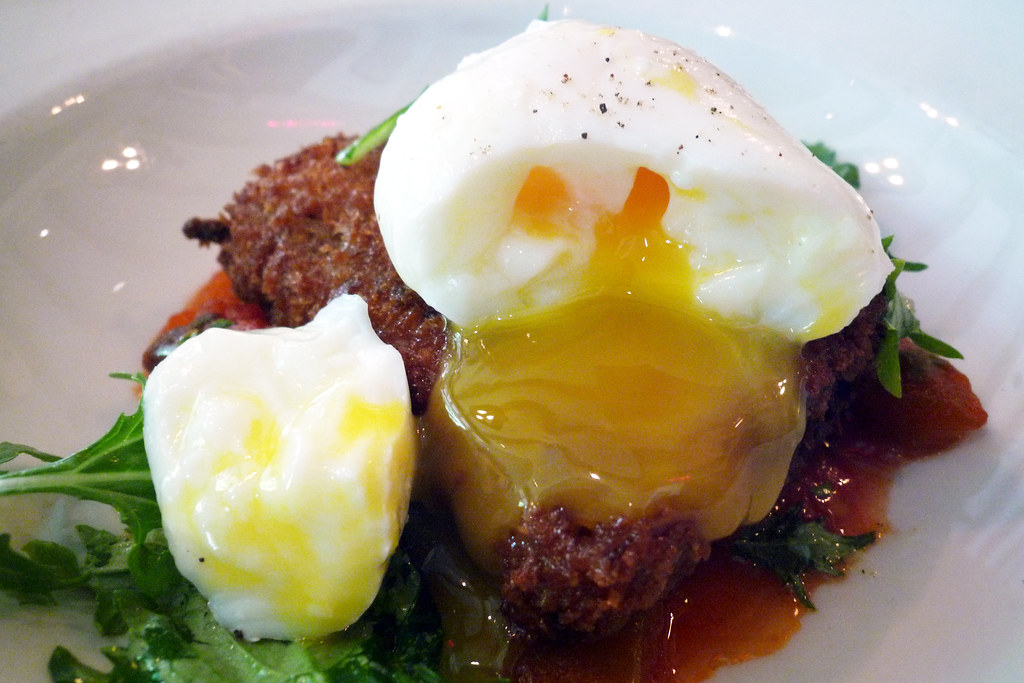 For the prima colazione course, I had the Coppa Coccante which consists of a crispy pork terrine with a poached egg on top and a bell pepper stew surrounding it. Few things in the world I like more than a good pork terrine and this was certainly one – a perfect slice filled with chunks of tender pork mingling with fat that gets taken up a notch by being expertly fried to a beautiful golden brown. But then they go ahead and further elevate the terrine by placing a perfectly poached egg on top so that it can be cut into, allowing the delicious yolk to pour free from its albumen casing so it can play with the pork underneath. Yes, this was a beautiful and decadent dish. 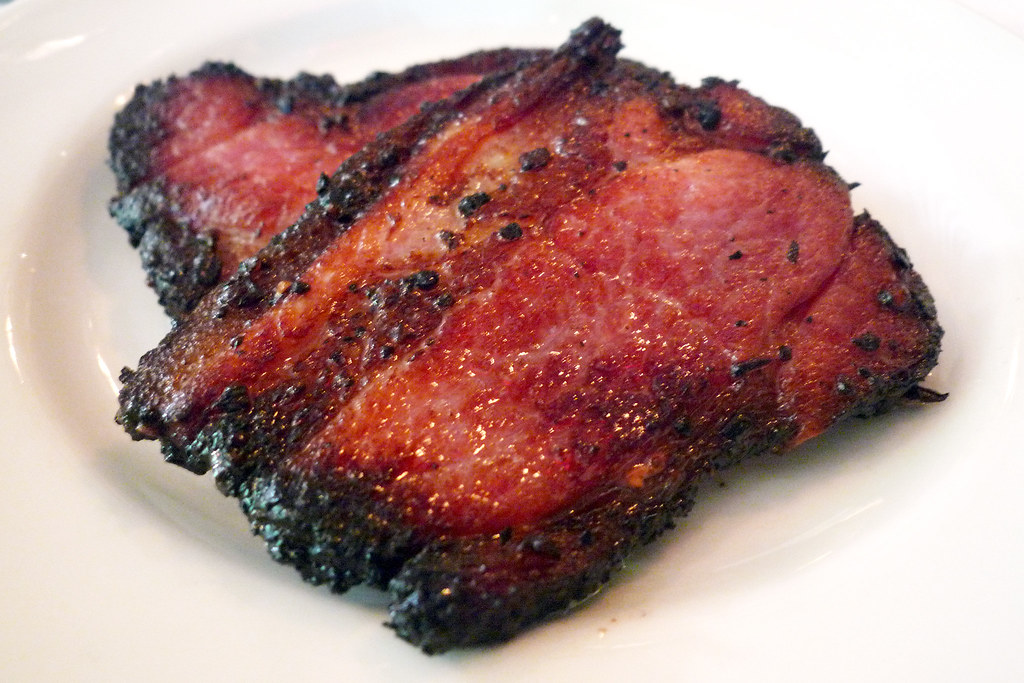 Accompanying the pork terrine was my selection from the contori section of the menu, the Pancetta al Pepe Nero or bacon if you want to drop the fancy Italian. Two thick cut slices of black pepper bacon which have been cooked until a slightly charred crispiness. It’s got that smoky flavor you expect from bacon but also a nice kick from the black pepper. A perfect pork accompaniment to my other plate of pork.

Sadly, the Tasting Table deal at Maialino is no longer available but fear not because all the items on the special prix fixe menu are available à la carte. It won’t be the steal that it was when bundled together for the special (my meal alone would be $28.75, priced individually) but we’re talking about a great meal here, one that I would gladly come back for and pay the regular price. It’s that good.