In this solo dining adventure, Gary joins his parents and brother for a meal at Sheepshead Bay mainstay Brennan & Carr. 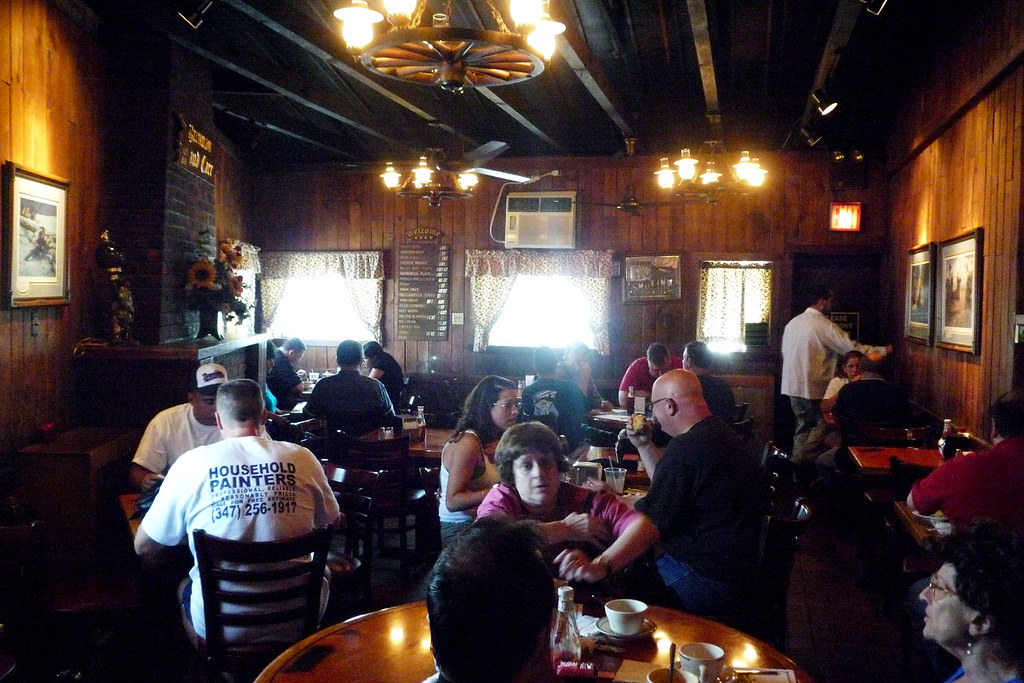 Brennan & Carr is a place that I recall from my teenage years. The quaint, nostalgic roast beef eatery has been around for seemingly forever; okay, in reality it’s only been open since 1938 but the place looks like it hasn’t changed a bit. The squat building with its brick exterior and wooden interior looks like something out of a movie playing on Turner Classic Movies. It’s the kind of place that’s been serving the same food to the same families in the neighborhood, generation after generation. It’s a distinction that does these kinds of places proud.

More recently, though, they’ve experienced a surge in visitors, both local and not, thanks to its appearance on the popular Travel Channel show Man v. Food. The folks at Brennan & Carr are certainly proud to have been on the show if the airing schedule of the episode in which they appear that’s tacked onto the wall near the entrance is any indication. In all honesty, I hadn’t thought of the place since I left for college well over a decade ago but I recalled that I enjoyed eating there. Watching the episode of the show brought back the memories and, so in a nod to nostalgia, decided that I would try to get there when I made the occasional trip home to see the ‘rents in Brooklyn. That chance came last month when I joined my brother on a trip to our parents home and it was decided that we’d take them with us to Brennan & Carr. 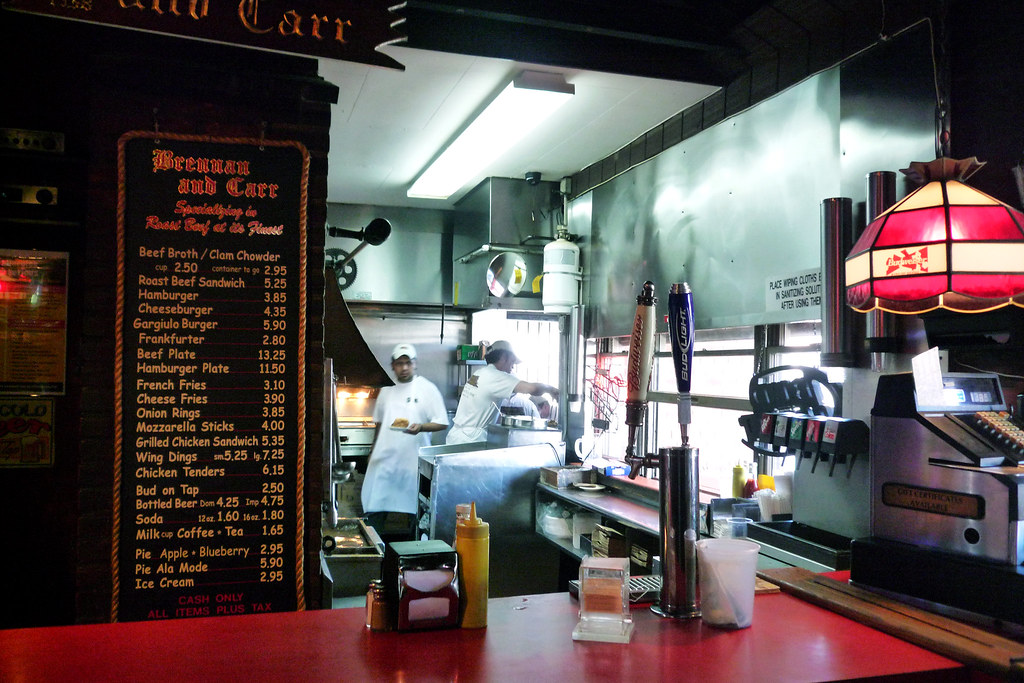 When we drove up, I was struck by how practically nothing had changed about the place. The white exterior walls and the exposed brick – still there. The walk-up window outside for take-out – yup, still there. The tiny parking lot – sadly, still there. And after we walked inside? Yup, the same wood interior that reminded me of a cabin (or what I think one would look like), the fireplace, and those old photos on the walls. Pure nostalgia here. 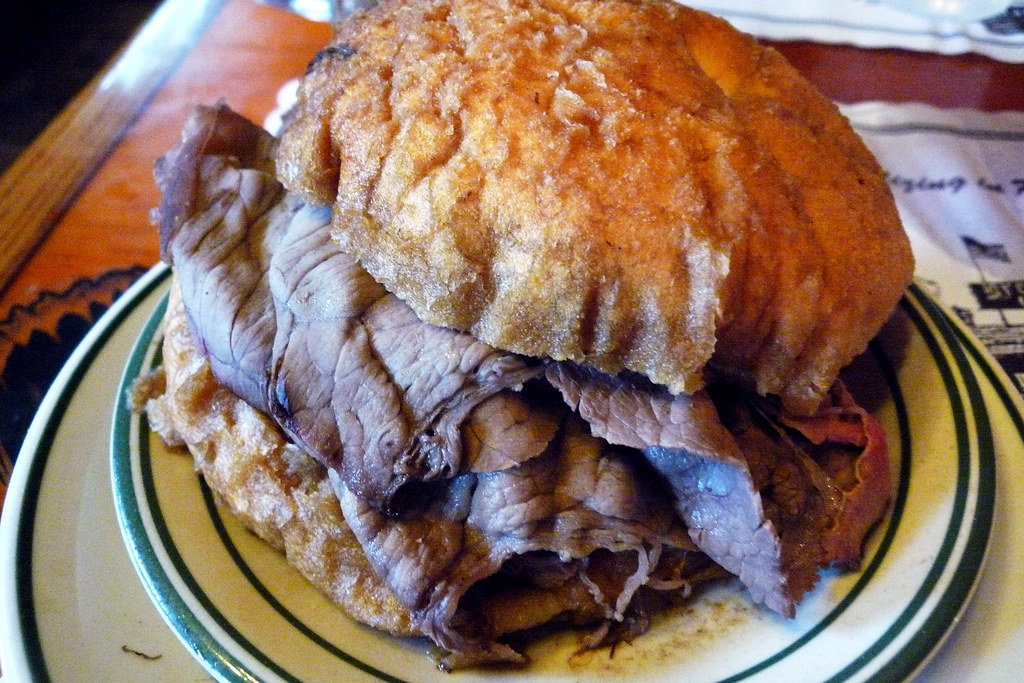 I had the traditional roast beef sandwich, dipped in the roast beef jus until the bread was soaked in it. The roast beef itself was okay though a bit dry and overcooked. The bread definitely benefitted from the dip in the jus as it made it moist and easier to eat but, boy, is that jus salty. 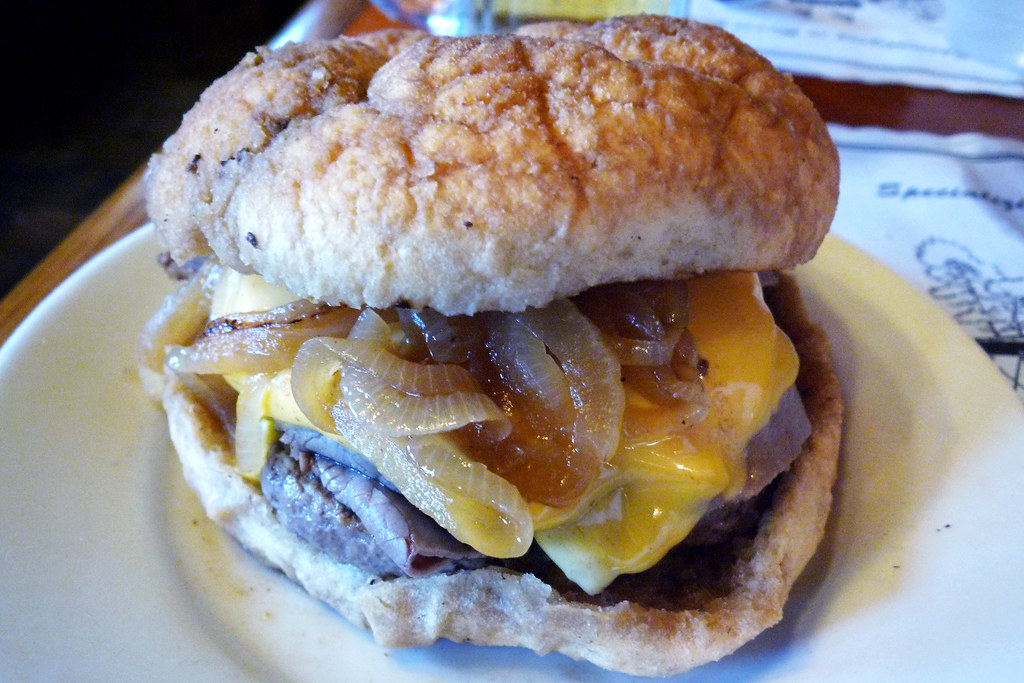 My brother had the Gargiulo burger, which is a cheeseburger with roast beef and onons piled on top. It would seem as though the bread was dipped in the jus here as well. The burger patty didn’t look too remarkable – it looked like one you’d get in the freezer aisle at a supermarket – but my brother seemed to like his sandwich and, in the end, I guess that’s all that matters. 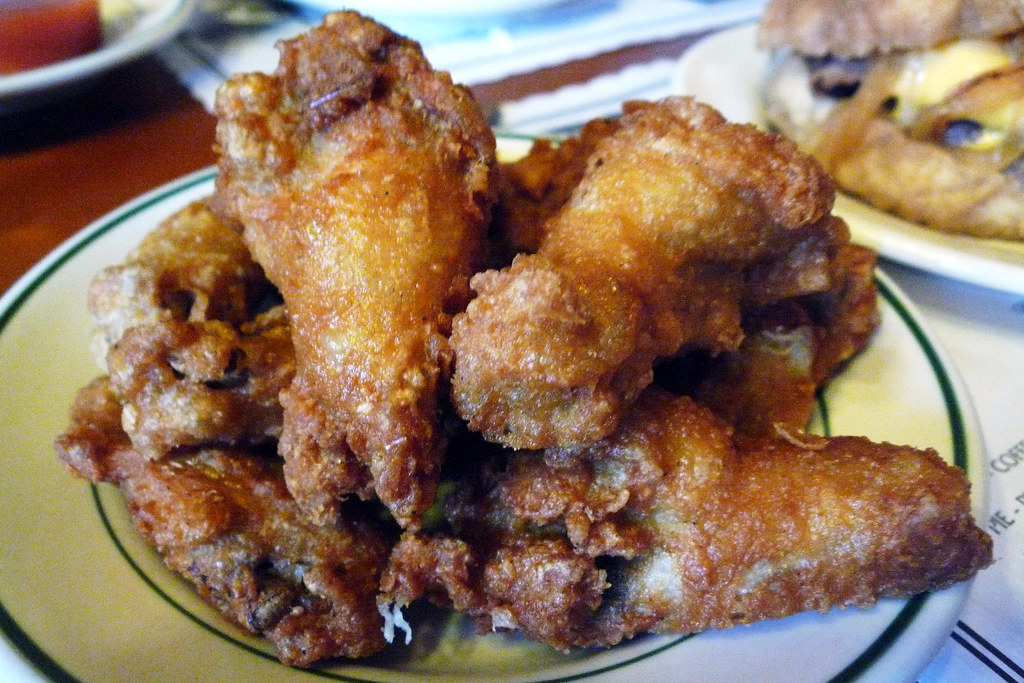 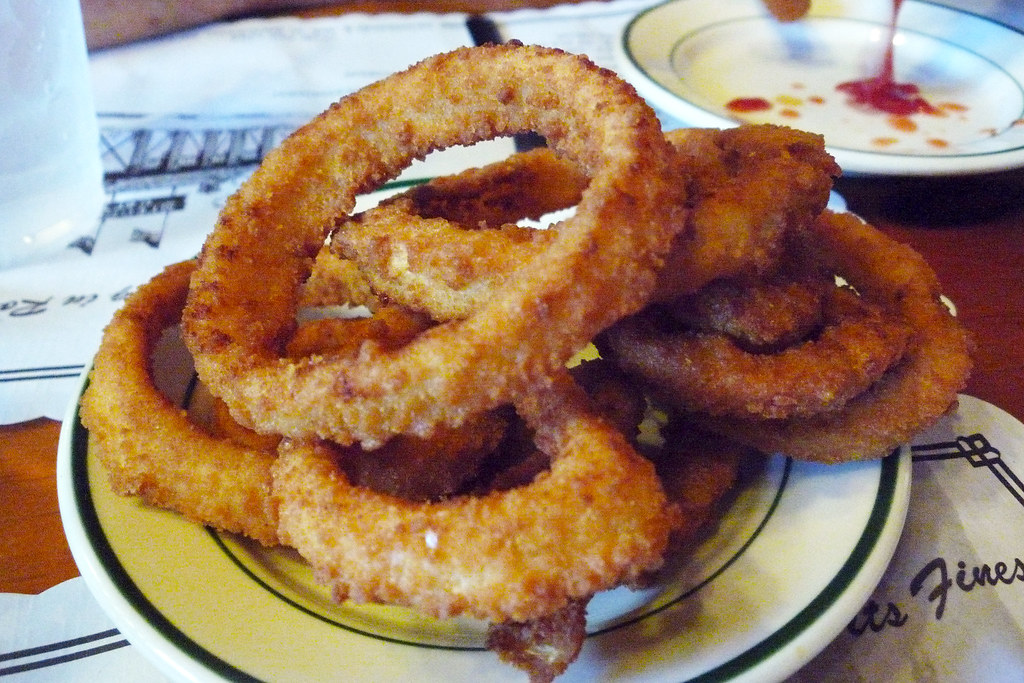 On the side, we got a few fried goodies – the wing dings and the onion rings. I honestly think the fried food might have been the best part of our meal. The chicken wings were fried to a nice crispy finish and, with the hot sauce on the side, was like eating a very crispy buffalo wing. The onion rings were just nicely done – real onions and fried to golden brown deliciousness.

Brennan & Carr hasn’t changed much, if at all. Unfortunately, I’ve changed in the decade since I last stopped in and while the trip through nostalgia was nice, it saddened me to realize the food wasn’t as good as I remembered it to be. The thing is, I’m sure it’s as good now as it was then which means the food was never really as excellent as my memory made it out to be. A bout of Brooklyn-biased pride that Jeffrey Steingarten recently railed against? Perhaps. I still think this place is worth the trip, even all the way out to Sheepshead Bay. It’s a neighborhood mainstay that’s survived a continuing wave of change brought upon by immigration to that area – that alone makes it worthy of a visit, I’d say.