In this solo dining adventure, Gary waits patiently in line so he can eat at the much anticipated Hill Country Chicken. 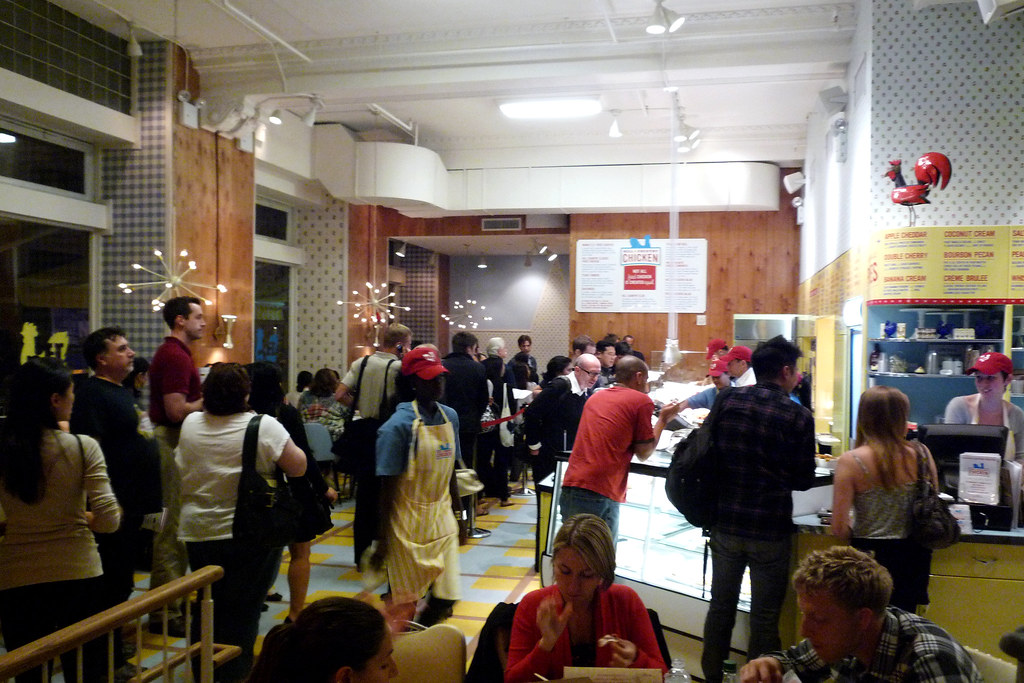 There’s something of a fried chicken boom happening in New York City. There’s the fried chicken large format meal at Momofuku Noodle Bar, the reopened Pies ‘n’ Thighs, and the recently opened Peels. Fried chicken is a southern thing so I guess no one should have been surprised that Flatiron District barbecue favorite Hill Country would want to get in on that gravy train. It took quite some time from announcement to opening but when Hill Country Chicken opened up their doors to the public a few weeks a back, I was there only days later, ready for some fried chicken awesomeness.

I may have been ready to eat (translation: I was ravenously hungry) but it would be some time before I’d get to do so owing to the fact that the line was just about out the door when I got there. I guess I wasn’t the only that night who thought fried chicken would be a good idea. Still, despite the lengthy line, it only took 15 minutes for me to reach the counter which is where the fun begins. You’re bombarded with choices – breast, thigh, drum, wing (they sell chicken here by the piece)? Hill Country Classic (brined in buttermilk and fresh herbs, double coated in seasoned flour, finished with a dusting of their shake) or Mama Els’ Recipes (also brined in buttermilk and fresh herbs but with skinless chicken, then dipped in a crunchy savory batter)? Biscuit? Sides? Pie? Yes, there’s plenty to choose from on the menu but that’s what the wait on line is for – to game plan what you want so you can order quickly and decisively. 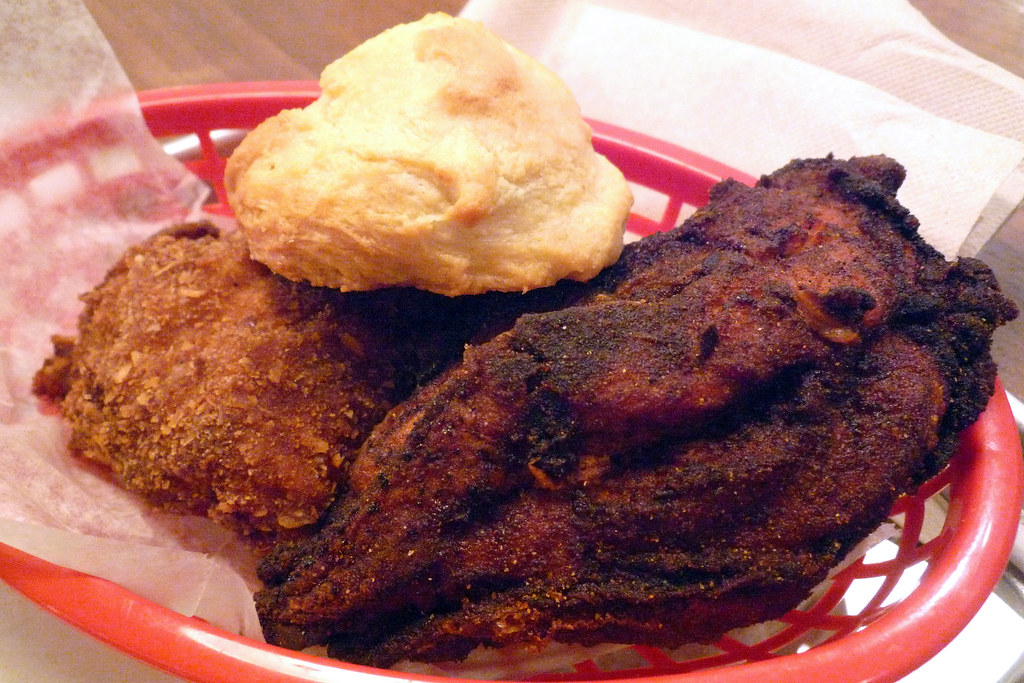 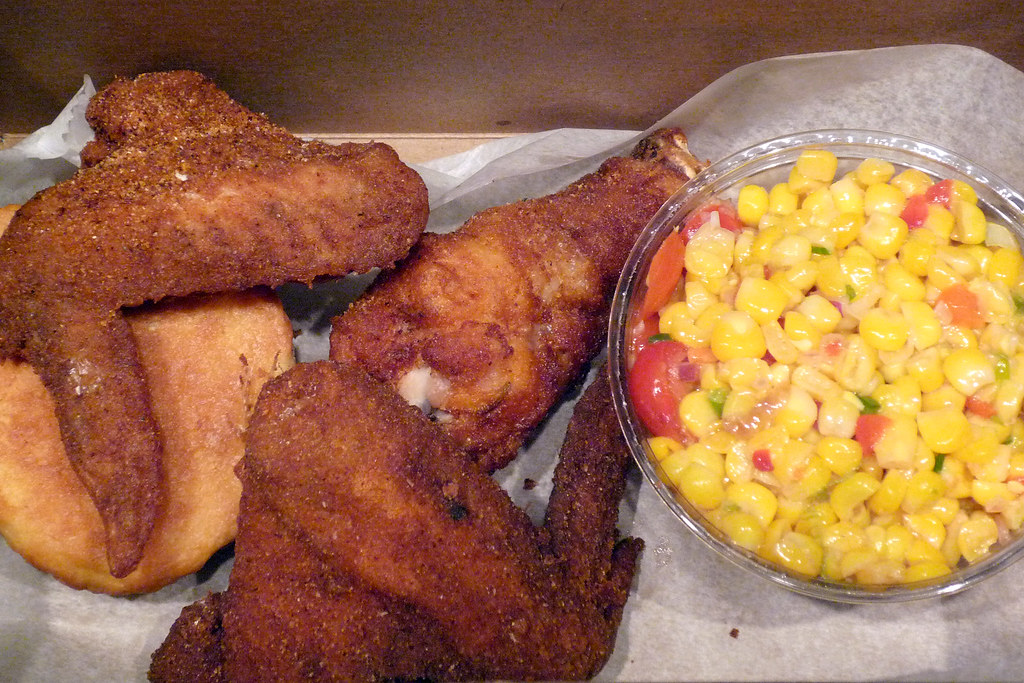 So here are two meals here, eaten over the course of two visits. The first visit, I made the mistake of getting the Mama Els’ Recipes which is not to say that it’s bad but it’s not to my taste. I don’t know if it has to do with the lack of skin but the crunchy batter, while tasty, clumped around some fat and just fell off when I picked up the thigh. In fact, I’d say the batter just had a hard time adhering to the piece of chicken which doesn’t affect the taste but a fella wants to eat the batter while it’s on the meat itself.

But the Hill Country Classic pieces here are the real deal. They’re about as perfect as it gets when it comes to old-school fried chicken – the kind the Colonel wishes he still made. The large pieces of chicken are fried perfectly, with a crispy exterior and really juicy, tender meat, especially when it comes to the breast, a part of the chicken that has a tendency to be criminally cooked until dry. The drums and wings here have no problem staying moist – after all, they’re dark meat – and with their larger than normal sizes when compared to other places, are actually a really good way to fill up here.

The buttermilk biscuits are tasty but they’re a littler denser than the fluffier ones you get from the Colonel. That’s not a bad thing – just something to keep in mind when you’re trying to figure out how much you can eat. Especially if you want to get a side, as I did on my second visit, getting the Blistered Corn Salad. Good flavor with tomatoes and some acidity from what I imagine is vinegar but the corn isn’t the fresh, crisp corn I’ve gotten used to over the summer – it’s a little chewier and it’s just a little off-putting to me. 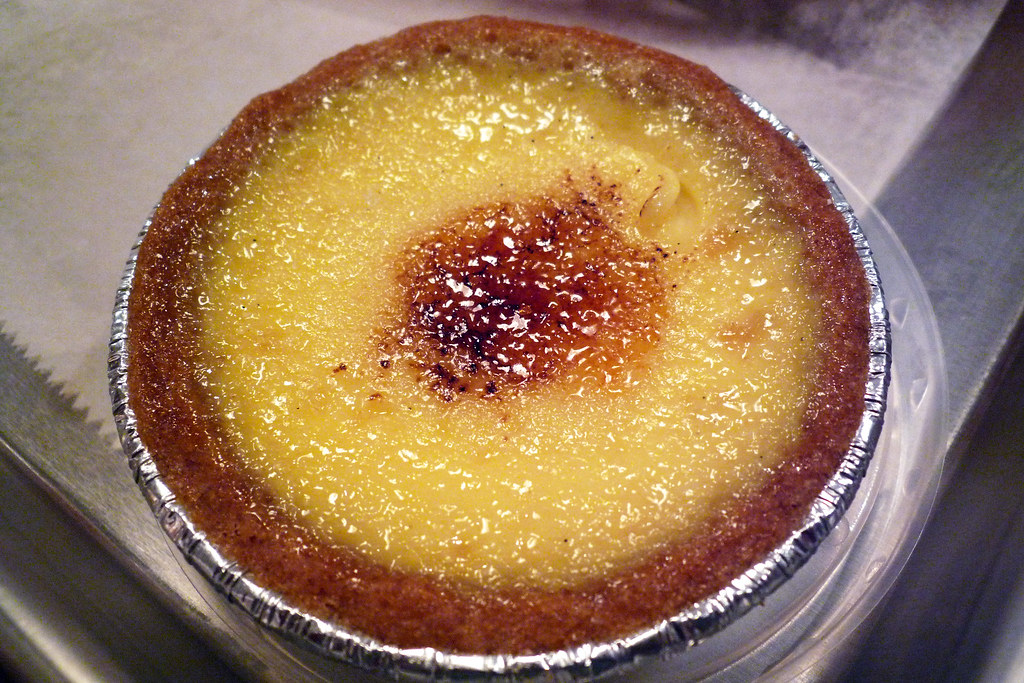 The other thing they have going on here is their pies. Plenty of regular pies to choose from as well as special pies that’ll change constantly. I had the Crème Brulee Pie Cup, a custardy mini pie with torched sugar on top. Sweet but not overly so and a rich, creamy custard. It was hard to judge the crust since the pie cup doesn’t have as much as a slice of a standard pie would have but it was a decent one at the very least.

Let me get this out of the way quickly as I imagine you’ll have heard this from other places already. Yes, the fried chicken at Hill Country Chicken is overpriced though not as obscenely as some would make it out to be. We’re talking along the lines of 50¢ too much for breasts and thighs, 25¢ for drums and thighs. The sides may be the most criminally overpriced as there’s just no way they should be charging what they charge for the portions they sell. Griping about the price aside, the Hill Country Classic fried chicken here is absolutely wonderful – choose that over the Mama Els’ Recipes. Yeah, the skin on the classic makes it a decidedly fattier meal but we’re talking about fried chicken here so I’m guessing you’re not coming here to lose weight. Get the classic, a buttermilk biscuit, a side, and a pie cup – basically, just go nuts here. Because you deserve it.