In this solo dining adventure, Gary checks out the latest effort from Jeffrey Chodorow, FoodParc in Chelsea’s Eventi Hotel. 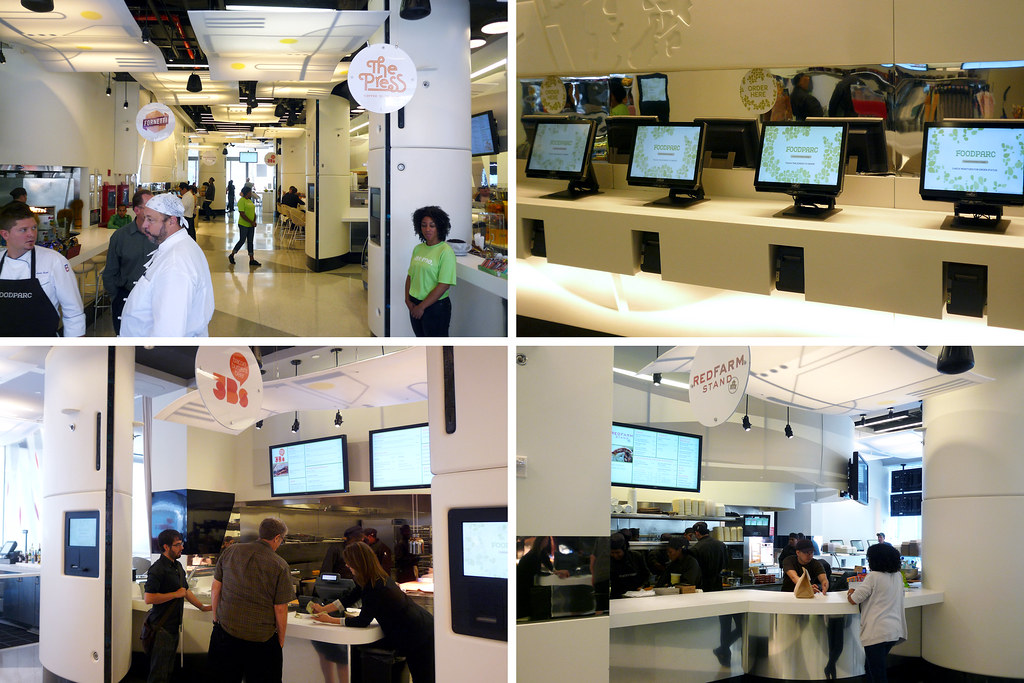 FoodParc, the much anticipated food hall from El Chod (Jeffrey Chodorow) opened a few weeks back and it immediately went onto my must-try list. For the better part of the last month, I’ve been setting up shop in a nearby hotel lobby (it’s my de facto office away from home) so this would be a convenient lunch spot. Also, I have this perverse fascination with all things El Chod, ever since he and Frank Bruni engaged in an always entertaining battle between restauranteur and critic.

But it’s not so much about Chodorow here as it is about Ed Schoenfeld since he’s the chef and his imprint is the one that’s stamped all over FoodParc. Where else would a pastrami egg roll come from than the mind of a New York Jewish guy with a love for Chinese food? Add in Joe Ng from Chinatown Brasserie to run the Chinese stand, RedFarm, and it’s a fair bet it’ll be good. That’s why I made that stand the focus of my first visit here. 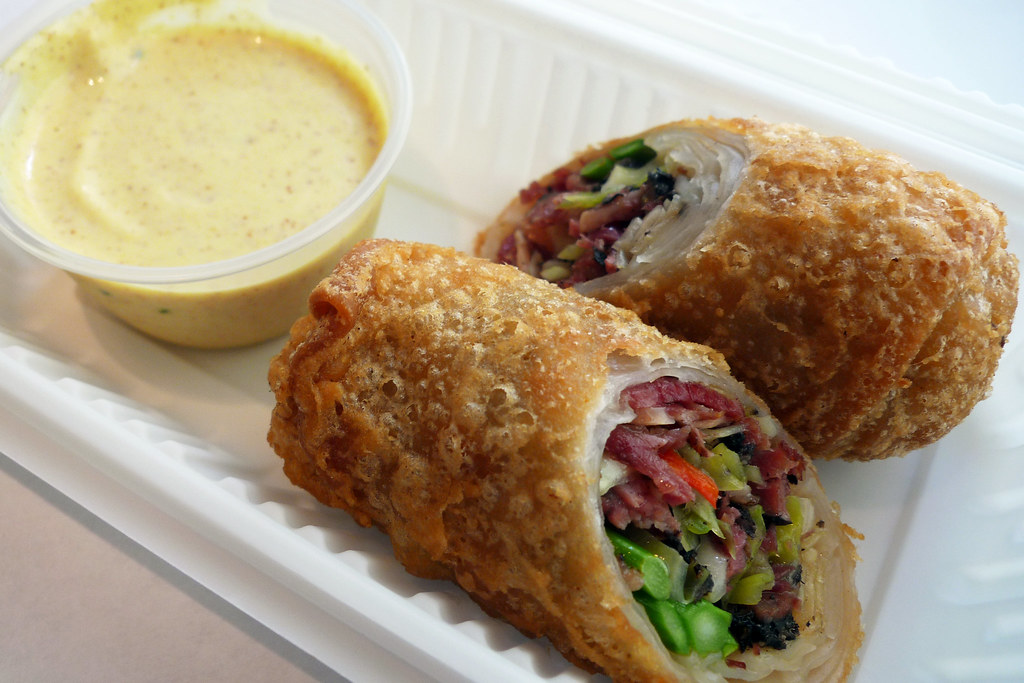 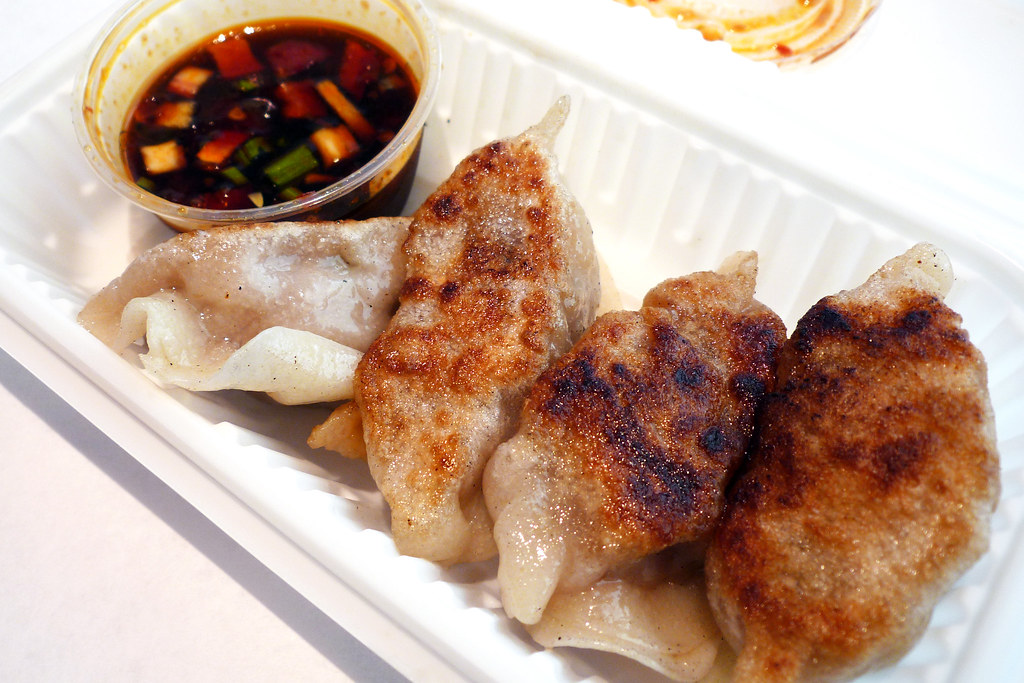 At RedFarm, I ordered the Katzs Pastrami Egg Roll and the Black Pepper Pork Potstickers. The pastrami egg roll was just amazing – little strips of pastrami mixed in with traditional egg roll fillings like cabbage and carrots and, to top it all off, it’s deep fried to crispy perfection. I mean, we’re talking a beautiful crispy exterior that crunches the moment you sink your teeth into it. The crust is also dry and not oil drenched like you’d find at the neighborhood Chinese takeout joint.

The potstickers were also excellent – good flavor and definitely cooked to order with the skin nice and crispy on the bottom when I opened up the packaging. It came with a nice soy-based dipping sauce that went will with the potstickers. 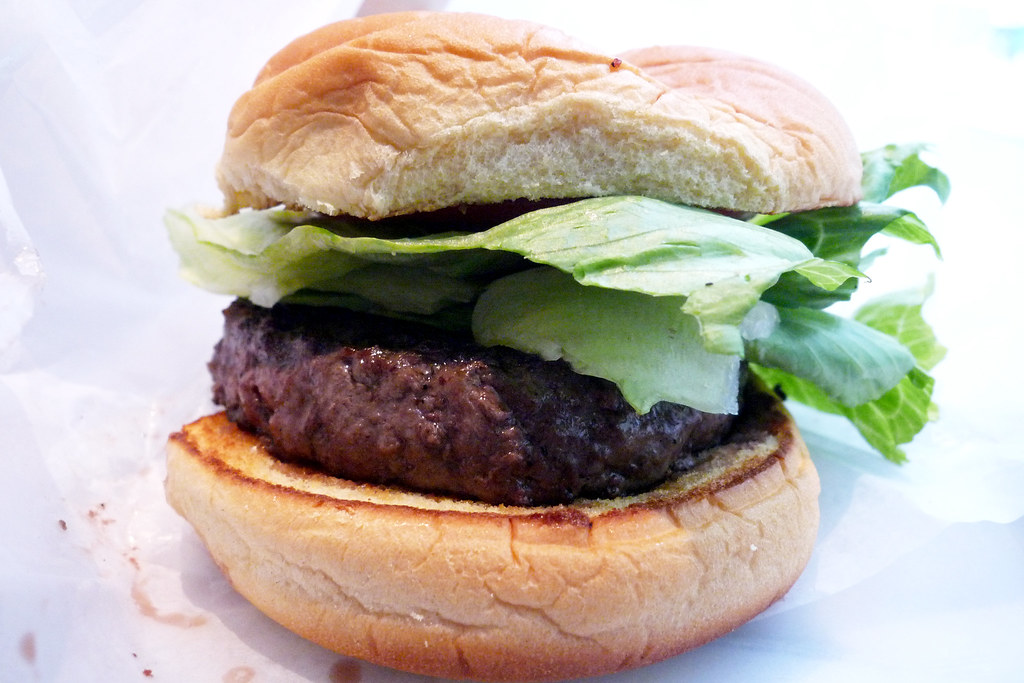 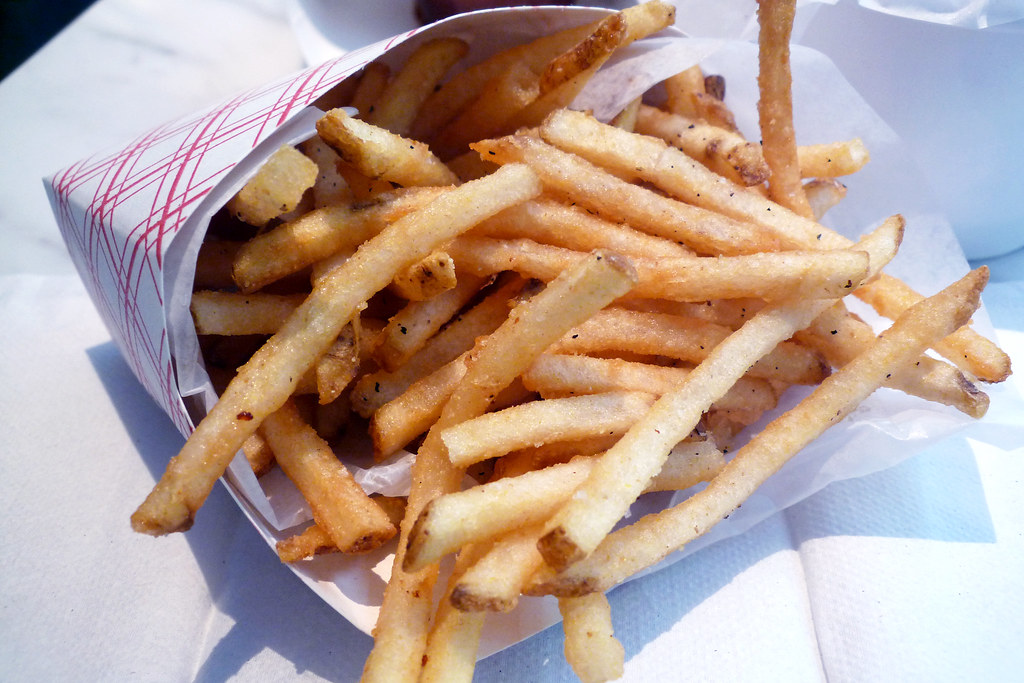 For my second visit, I hit the 3Bs stand – the 3Bs being burgers, bacon, and beer. Well, I managed to knock off two of the three with my meal which consisted of building my own single burger, french fries, and an order of bacon snack.

The burger definitely tasted good – a fresh, meaty flavor was ever present – but I wasn’t wild about the consistency. It had the chewy snap that I associate with memories of grade school burgers. The perfectly rounded patties didn’t really help in that respect to take that imagery out of my head. Still, it’s a good burger but at that price, I’d stick with a Shack burger. The fries, while crispy, were really greasy and terribly undersalted. That didn’t stop me from finishing them off but I think I’d pass on it the next time I come here. 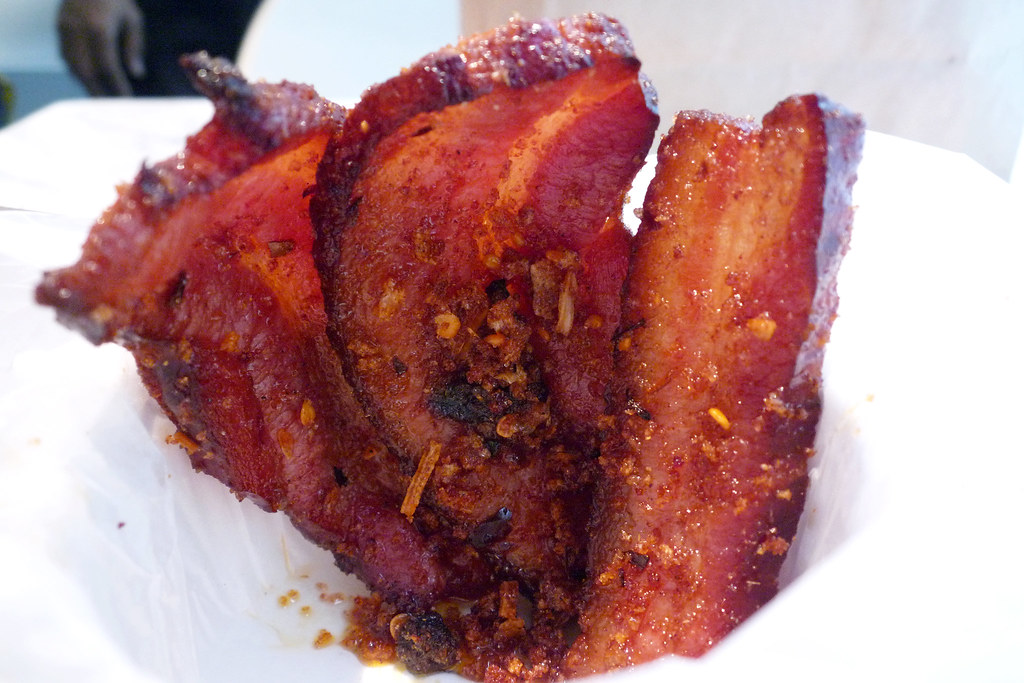 Instead of fries, I’d recommend going for the bacon snack. It’s not cheap – at $3.50, you’re essentially getting 1 1/2 strips of bacon – but it’s also only 75c less than the fries and a heckuva lot better. It’s slightly sweet but there’s still plenty of meaty goodness to counter the sugary exterior. The cranberry dipping sauce packs plenty of acid so when you dip your bacon into it, you get a nice combination of sweet, savory, and acidity.

There’s no denying that FoodParc is a sleek, smooth operation. Even in its infancy, ordering from the computer kiosks was simple and quick while the orders came out in rapid succession. The seating leaves a little to be desired – the tiered seating is odd and not unlike sitting in an amphitheater. But that hardly matters because the food here more than makes up for it, especially the RedFarm stand. It’s certainly not cheap but for a fancified food hall in Midtown, it ain’t too bad either. Also, with its proximity to Penn Station and Megabus/Bolt Bus terminals, I’m thinking this is my new pre-trip meal. It certainly beats the offerings from anything you’ll find inside the train terminal underneath MSG. Hmm, this would be a good pre-Knicks game meal too but that would require me to actually, you know, go to a Knicks game this season. Maybe I’ll just stick with this as a pre-work or pre-trip meal for the time being.