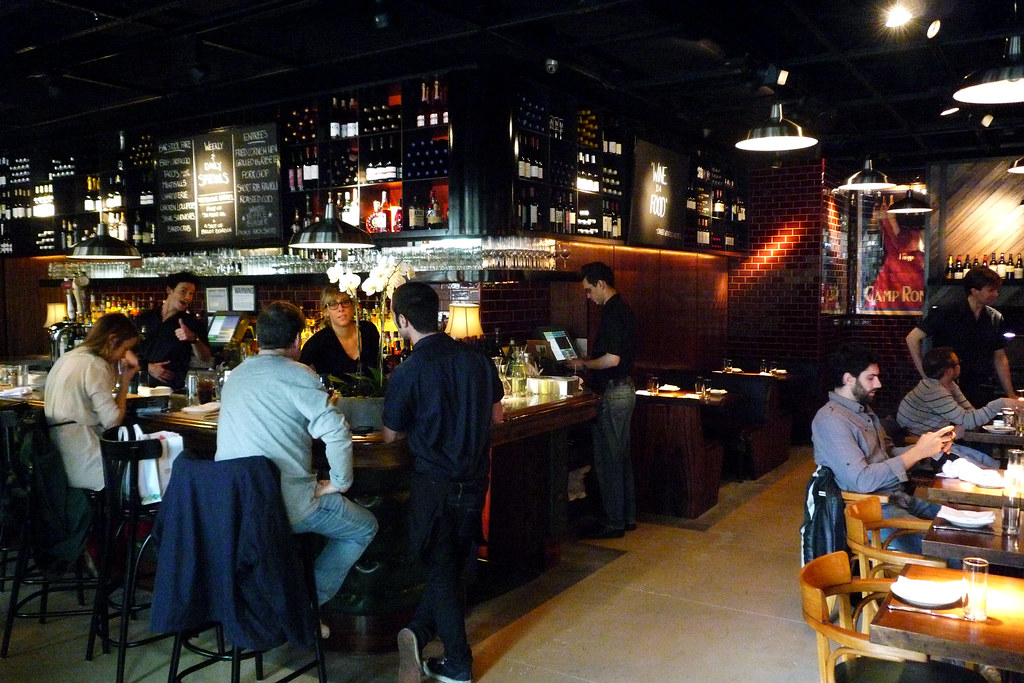 When Josh Capon, chef of Lure Fishbar, won the People’s Choice award at the NYWFF Burger Bash a little over a year ago, I remember thinking to myself, “huh, the fish guy won?” Not to say that a fish guy winning a burger competition is out of my realm of possibility but we’re talking about a loaded field that included these some major heavyweights. We’re talking Shake Shack, Minetta Tavern, The Spotted Pig – no pushovers here. But he prevailed and that says more about how great his burger is than anything else since he definitely had to win it; no cupcakes in this field. So when it was announced that he’d be opening Burger & Barrel in Soho, I knew that I’d be visiting soon enough. 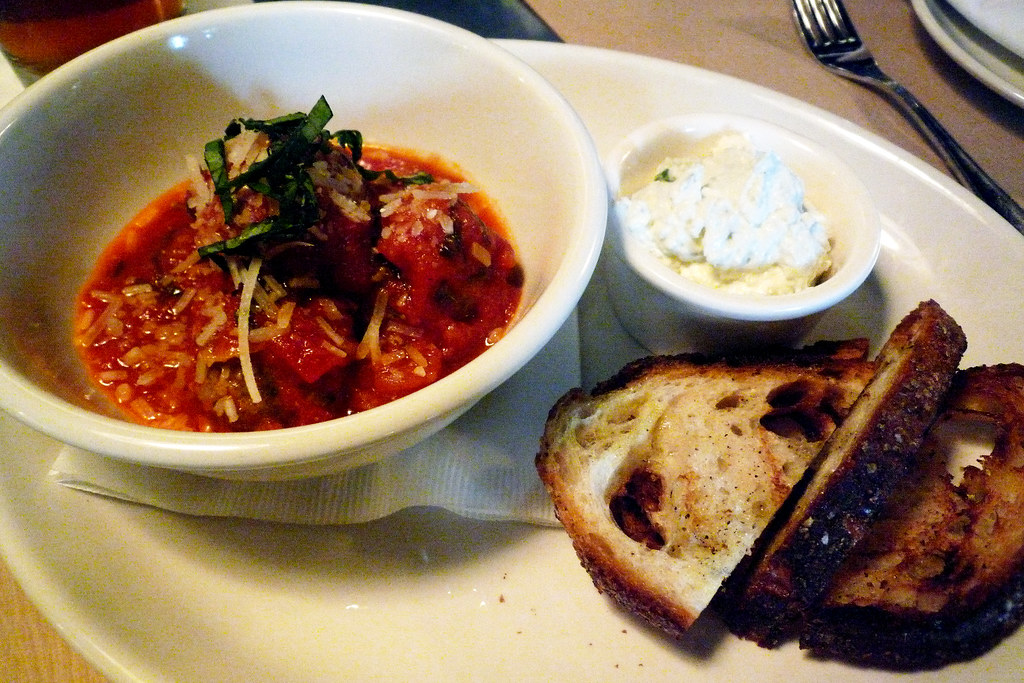 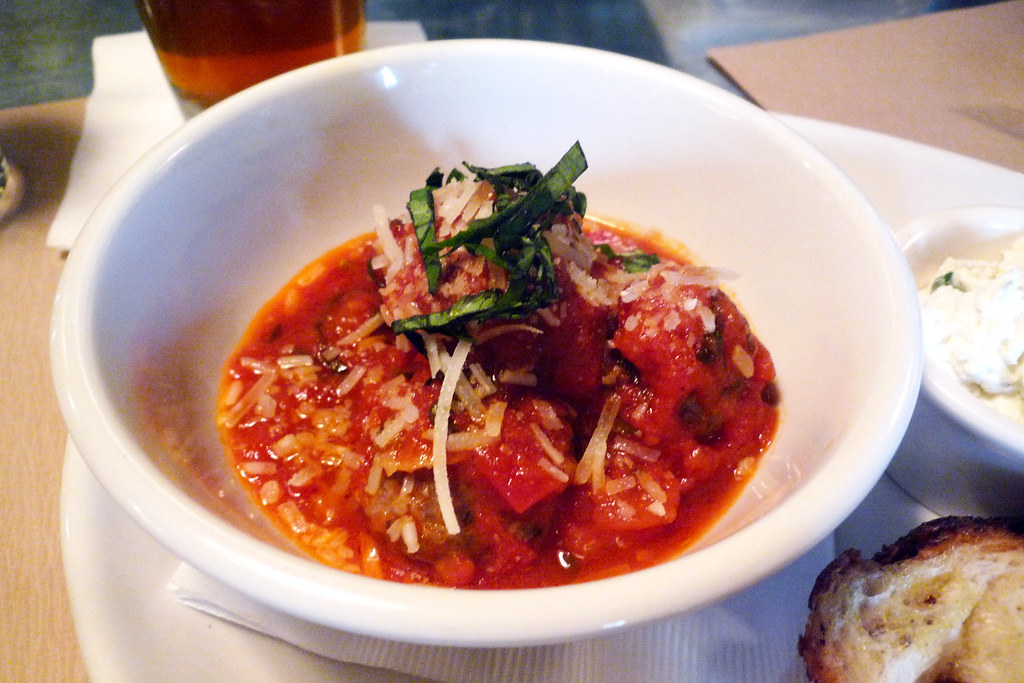 My friend Lucy joined me for this meal and, like myself, hadn’t really eaten all day so we decided to split an appetizer before the burger. There were plenty on the menu that appealed to us but we decided in the end to make a beefy day of it, ordering the Meatballs & Fresh Ricotta. The meatballs were nice sized and came four to an order. More importantly, they tasted great – tender, juicy, great flavor and the sauce they came in was also tasty. The fresh ricotta was a nice, cool, creamy complement for the meatballs. 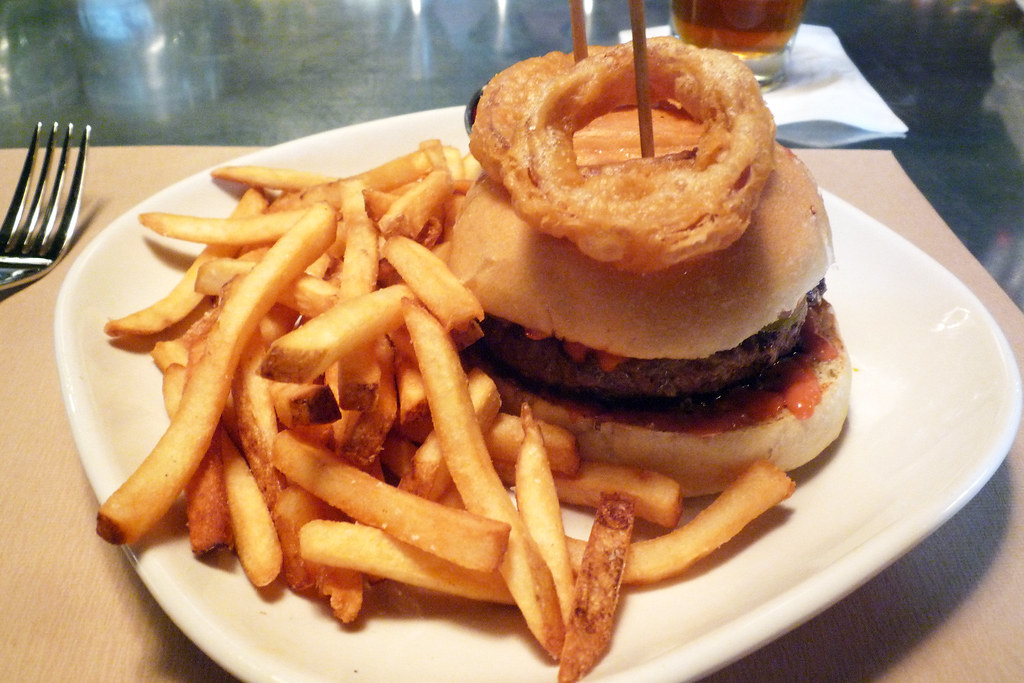 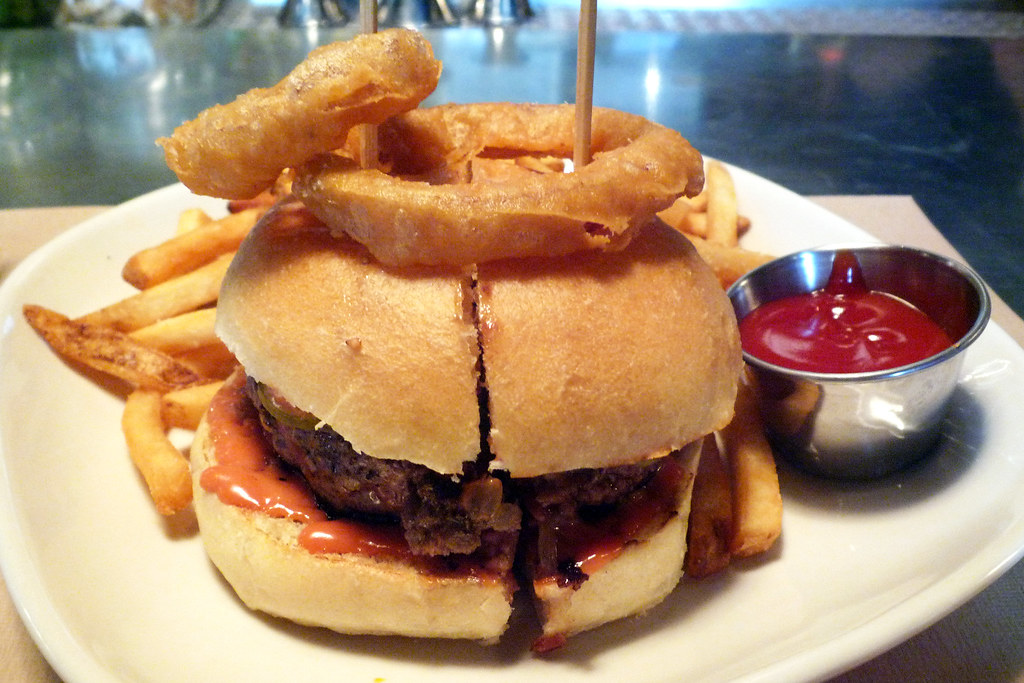 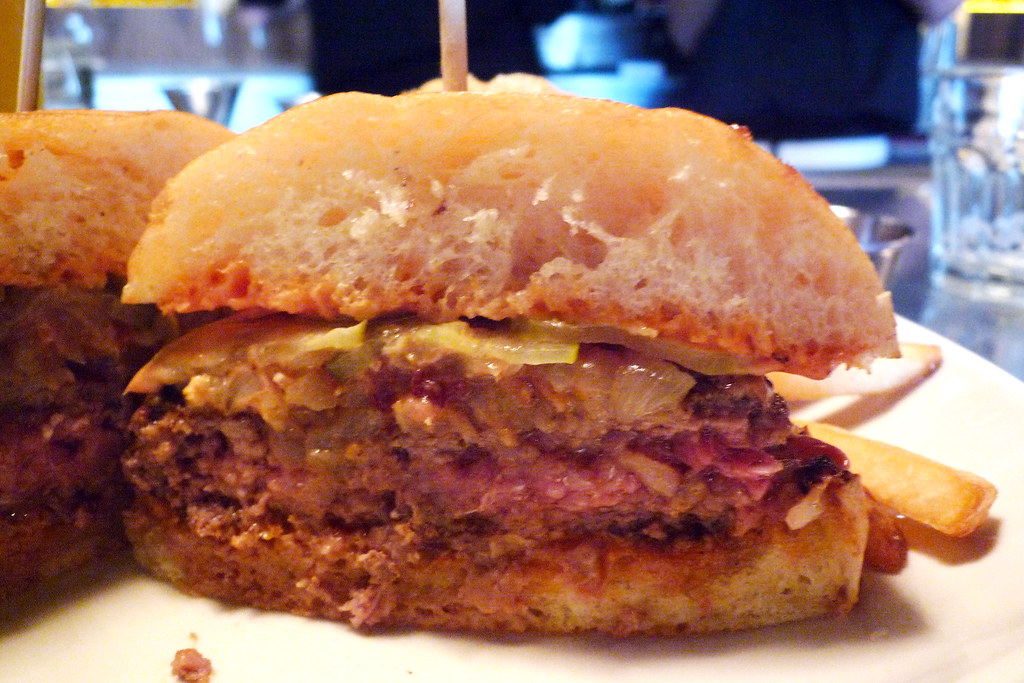 We both got the Bash Burger – the one Capon won the Burger Bash with – and it comes with carmelized onions and bacon jam on it. I didn’t get it with the cheese which is why I was amazed that the caramelized onions stayed on the burger as well as they did. The bacon jam was great and not as over the top as I thought it might be. The burger itself was a perfect medium-rare which I could see right from the point the plate reached me since they cut the burger in half here.

I didn’t love the fries here – they weren’t as crispy as I like them though they are well-salted so at least there’s no issue of blandness. The two onion rings that come atop the burger made up for the fries because they were as crispy as can be, more like crunchy really.

Burger & Barrel makes a very good burger, which is a good thing if you’re gonna put the word “burger” in the name of your restaurant. At $13 for the Bash Burger, it’s in line with what the average burger of such quality goes for in Manhattan so that makes it a pretty good value. Sure, it’s no Black Label burger but, then, it’s half the price so some perspective wouldn’t hut here. The fries could have used some more frying to get them to be crisp throughout. Or they could just offer the option to replace the fries with the onion rings – just sayin’…